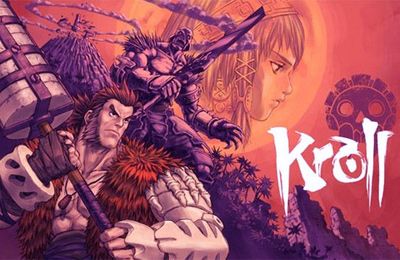 Kroll – a three-dimensional adventure arcade from the Digital Legends company. Plunge into the epic world of magic and fantastic beings, battle with blood-thirsty hordes of mad monsters highly in mountains or on a muzzle of a volcano with boiling lava. These awful monsters are those few representatives of a medieval menagerie of nonexistent monsters who can be called "Gothic". You should learn Kroll's mysterious legend, destroying enemies and moving ahead to the planned purpose. Game is divided into three levels, and obligatory fight with the boss at the end of each. Control is made by 6 buttons on the screen, allowing the hero to move in different directions and to make lightning attacks. 3 levels of difficulty and system of storing of the current results.
Rate the game
?
Votes not enough
0 votes