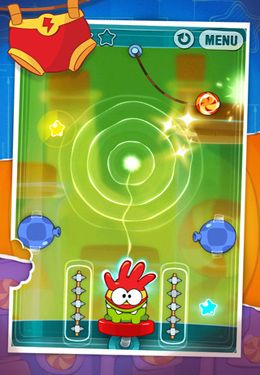 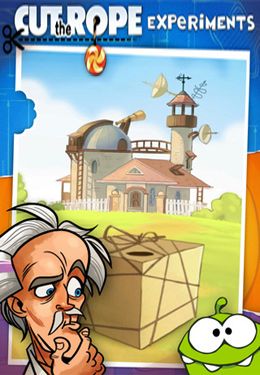 Cut the Rope: Experiments for iPhone

Cut the Rope: Experiments - continuation of the story of little green monster Om Nom. He appears under the patronage of a certain Professor — a scientist, who decided to study the toothy glutton. Researches take place on three level packs. The first level pack is the same as the original. The second level pack adds guns — devices which on pressing shoot at sugar candy with a rope. On these 25 levels you need chose the moment to shoot as the length of the rope depends on distance to sugar candy. The third part adds flypapers. These are such fastenings for ropes which can be unstuck and stuck back. Flypapers, as well as sugar candy, submit to standard laws of physics.
Rate the game
?
Votes not enough
0 votes