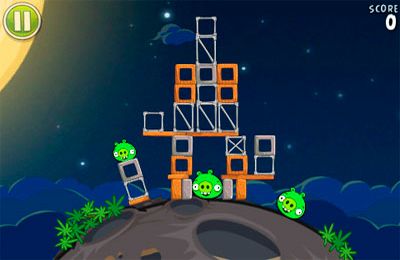 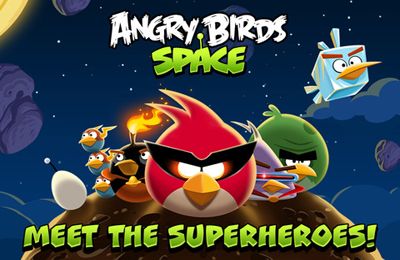 Angry Birds Space - birdies go to space! A giant claw kidnaps their eggs, the Angry Birds chase it into a wormhole and find themselves floating in a strange new galaxy – surrounded by space pigs! Luckily the Angry Birds have super powers of their own... Angry Birds Space features 60 interstellar levels on planets and in zero gravity, resulting in spectacular gameplay ranging from slow-motion puzzles to lightspeed destruction. The whole galaxy to explore, the sky is no longer the limit!! In the new version check 10 sparkling new levels of the Red Planet! Bad Pigs still hide on an ardent planet with the rover of Mars Curiosity appropriated by them. Can the birds return the eggs and rescue a rover from swindlers? Pass through 10 new volcanic levels, including level with the boss of Mars Curiosity Rover! Get three stars on all levels to open new level with aerials! Begin hunting for the hidden rover to unlock super confidential bonus level! All new space eagle bonus levels in one episode! Pass for 100 % to unlock 5 new levels!
Rate the game
?
Votes not enough
0 votes